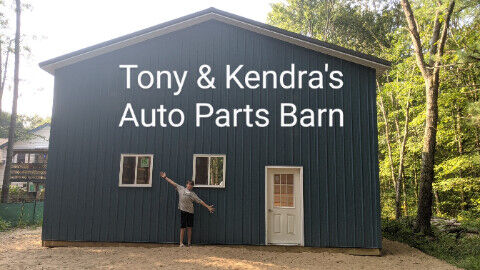 We are a second generation family owned business, started by Tony's brother-in-law, Kendra's brother around 2011 after he realized he needed to take on the role of a stay at home dad.Tony has imagined running his own business for quite some time, it's been a long road. Tony has had a passion for the automotive industry since 2007 when he got his first job at a large local dealership. After a tumultous series of events, including going through a local community college and graduating the top of his class in Applied Science of Automotive Technology. Tony learned a lot at his second dealership experience as a service advisor, then eventually moved to a local garage and continued there for six years. Through the grace of God and the support of many friends, Tony & Kendra moved to a quiet place not far from their families. There they purchased their dream home and had a pole barn built where they would start the business. Thank you for reading, and happy eBaying:-)
Location: United StatesMember since: Nov 20, 1999Seller: tonykendra
Do you like our store experience?

Average for the last 12 months