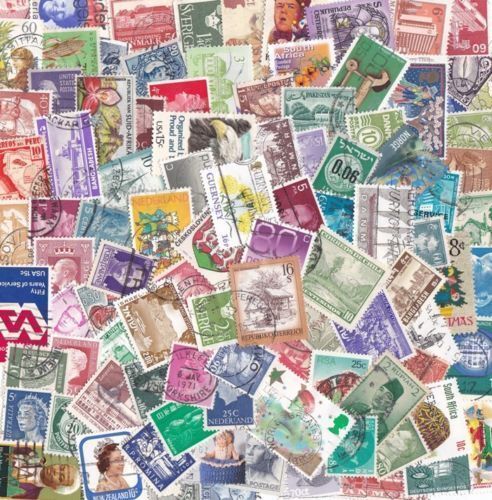 Is it easy to take care of worldwide stamps?

There are several things that you can do to preserve the condition of your collection of worldwide stamps. Use special tongs to handle them, and keep room moisture levels between 35 and 55 percent to protect the material. Store your collection at least six inches off the floor, and keep stamp sheets protected from moisture with an album or protective covers. Try to view your stamps under artificial light as natural light can make colors fade.

What are some common subject matters portrayed on worldwide stamps?

Stamps can portray many different topics, including:

What are some unique stamps from Africa?

Each of the countries that controlled parts of Africa issued postage. Historically, many postage stamps intended for use in Africa were printed in Great Britain by the Crown Agents from 1850 to 1950, and they show the likenesses of Britains royalty. Collectors also find rare collections of stamps printed by the Afrikaans who settled in South Africa. When France initially settled African territories, they overprinted French postage stamps with the name of the African territory, but by 1890, they started printing colorful ones for use only in Africa showing African people, fauna, and flora. These stamps often command a premium from collectors.

What are some unique postage stamps from China?

A unified postal service did not exist in China until 1960, so many collectors love collecting stamps that were only available in part of the country. Some of the rare stamps from China are lithographed ones printed in Japan in 1897 along with the early engraved stamps printed in London. Other collectors choose to specialize in the 1945 Chinese stamp collections portraying national Chinese symbols.

Do European countries issue their own postage stamps?

While many European countries issued their own stamps historically, starting in 1956, Belgium, France, Germany, Italy, Luxembourg, and Netherlands joined together to form the European Conference of Postal and Telecommunications Administrations. Other countries would soon join them. Many of these stamps show interlocking designs with each part representing one country. EuroPost took over the organization in 1993, producing stamps and collections that covered a different theme each year.