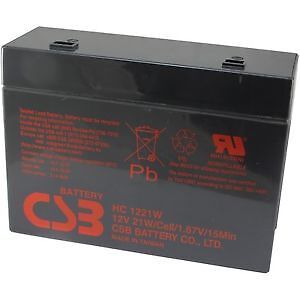 Having a UPS (uninterruptible power supply) to protect your sensitive electronic devices from a sudden power failure requires a battery that can hold enough electricity to run any connected devices for a short period of time. Replacement batteries for your CyberPower UPS can be useful in the event of repeated power failures occurring close together and not allowing the first battery enough time to recharge. Having a fully charged backup battery is a great way to guard against further issues.

What are the advantages of a UPS?

A UPS is a device that is used to supply power to a system in the event that the main source of power fails. The difference between a UPS and a backup generator is that a UPS is able to recognize when the regular source of power is no longer functioning. When this happens, it immediately supplies power from an internal source, preventing a notable loss of power to the system. A backup generator would have to be manually activated after a power failure, so it would not prevent the system from losing power.

While a UPS is not a primary surge protector, it can deliver secondary protection against power surges. For best results, the UPS should be plugged directly into a wall receptacle rather than a surge protector.

What types of UPS units are there?

There are two main types of uninterruptible power supplies:

What are the benefits of a UPS?

Many types of electrical equipment, including computers, servers, and other electronic devices rely on a steady source of power to operate. If this power supply is suddenly cut off, the equipment may be damaged by the sudden loss of energy. With a computer, not only could the equipment itself be damaged, but any files or programs that were running at the time may become corrupted and unusable once the system is rebooted.

Making use of a UPS to immediately supply power to a system when its regular source of power is cut off is a great way to protect sensitive equipment that could be damaged by such an event. While a UPS doesnt contain enough power to run the system for a significant amount of time, even 20 minutes would be plenty of time for you to properly shut down the equipment while waiting for the main power source to come back online. Some UPS devices are also able to guard equipment from other sorts of electrical phenomena, such as surges, voltage spikes, and other issues that could cause problems.

Content provided for informational purposes only. eBay is not affiliated with or endorsed by CyberPower.