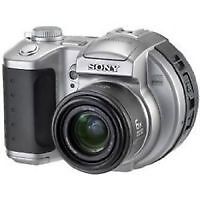 About Mavica Digital Cameras from Sony

Smartphones are equipped with image technology, making it possible to take a photograph with a few swipes of a touchscreen. Before digital technology was widespread, however, tech companies experimented with many different image recording options. In the 80s, the Sony Mavica made waves as the first electronic still camera.

What is an electronic still camera?

The electronic still cameras released in the early 80s were designed as video recording devices, and they worked by storing sequential still frames. They usually had enough space to store about 50 frames, and these images were saved on a two-inch floppy disk. These devices often featured SLR technology and were compatible with multiple lenses. As the technology was still in its earliest days, the cameras tended to have a quarter-megapixel resolution and one shutter speed.

What is a digital still camera?

What storage options were offered?

In the early days of digital photography, the Sony Mavica line sold among consumers, in part due to the accessible memory media storage technology. From 1997 to 2003, the line was equipped with the following storage options:

What other features did these cameras have?

As photographic technology transitioned from analog to digital, devices were equipped with features like:

What parts came with these cameras?

Content provided for informational purposes only. eBay is not affiliated with or endorsed by Sony.