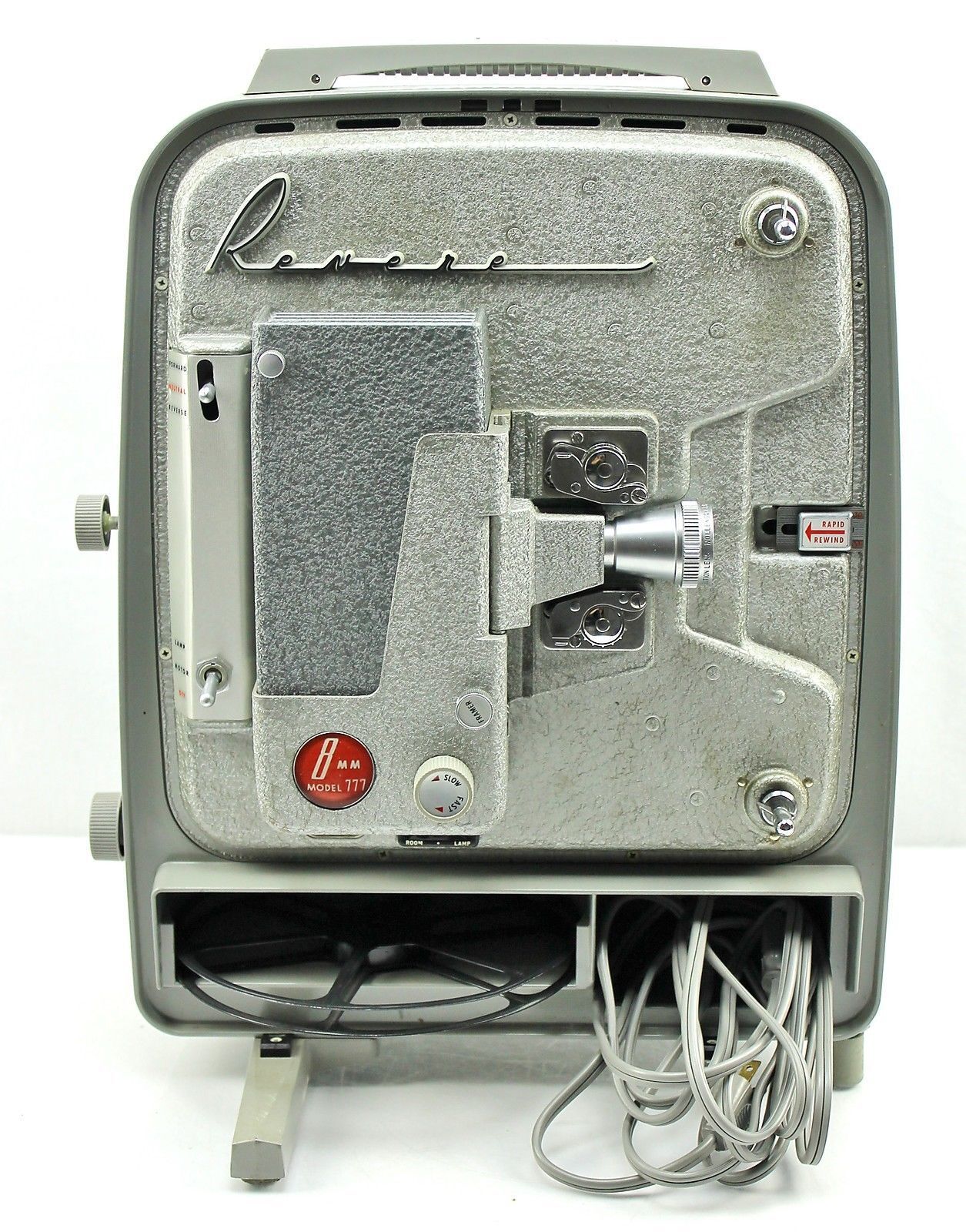 What is a vintage projector and screen?

A vintage projector is a device that displays images on a screen or surface by shining a light through the lens. They are used for playing back vintage film. If you have 8mm film you want to watch, then you need to make sure your projector supports it. Revere has several options in 8mm vintage projectors and screens. You can watch home production videos and motion pictures on this device as long as theyre on an 8mm reel. Pictures can also be viewed with a vintage projector and screen.

What are common features of a vintage projector and screen?

The exact features depend on the model, but some common features you can find in projectors are:

How do you use an 8mm projector and screen?

When you want to watch a reel, press it into place with the film draping over the take-up reel. You can loosely tape the film into place to prevent it from spilling off while youre watching it. Then, align the film with the teeth protruding through the perforations. Lock the film down once its in position. Next, you feed it through the lamp area. Once its in the correct position, lock it down. Run the film through the perforations and lock it into place. Insert the end of the film into the slot on the empty reel. Then, you must hand wind the empty reel to minimize slack. With the film neatly wound on the take-up reel, you are ready to turn on the projector.

First, turn on the motor. Second, switch the clutch into the "on" position, so you can watch the film. The motor can run when its in the "off" position, but the film wont turn. Third, turn the lamp on after confirming the motion is smooth. Its important to leave the lamp off until the third step. If you need to move the image up or down on the screen, turn the framer knob. Its often labeled as "framer", making the part easy to find.

Content provided for informational purposes only. eBay is not affiliated with or endorsed by Revere.