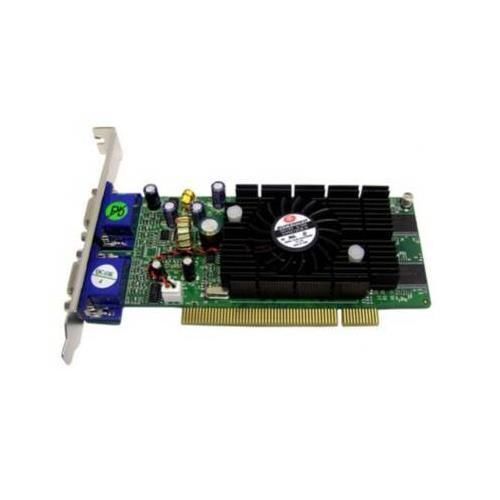 If you want to upgrade your desktop computer with a new video card and have an open PCI, AGP, or PCIe slot on your motherboard, then a 128MB Nvidia GeForce GPU is an option. These graphics cards have driver support for both Windows and Linux and provide numerous outputs to choose from, including VGA, DVI, and HDMI.

What is a 128MB Nvidia video card?

A graphics processing unit or GPU, which are commonly referred to as video cards and graphics cards, are used to render 3-D graphics, to perform complex calculations, and to decode/encode video. Such cards are often called dedicated or discreet because they are not on board either the CPU or the motherboard. The 128MB references dedicated memory on the GPU that is reserved for calculations and storing textures. Nvidia made four series of cards that offered 128MB of onboard RAM.

These Nvidia cards include:

How do you pair a video card to a motherboard?

The Nvidia GeForce graphics cards listed above are available with three connection types: AGP, PCI, and PCI Express. AGP stands for Accelerated Graphics Port. It is a GPU-specific connection that allows for more throughput than PCI. PCI stands for Peripheral Component Interconnect and is a means of connecting many different types of computer components. PCI Express, often abbreviated PCIe, is a refined PCI implementation that outperforms AGP despite not being graphics-specific. You must pair your graphics card choice to a specific open, preferably the fastest, slot available on your motherboard.

How does the signal get to your monitor?

There are a wide range of outputs available on these GeForce GTX video cards. These graphics cards often have two or more outputs. The exact output configuration will vary from one GTX series and video card to the next.

Options for the GTX 7 through 9 series include:

Yes. If your video card has multiple outputs, then it can theoretically send a signal to multiple displays. For example, if you have a graphics card with a DVI and an HDMI connection, then you could use both simultaneously. However, be mindful that there are a lot of factors in play here, such as the driver version you are using and the multi-screen support provided by your current operating system.

Content provided for informational purposes only. eBay is not affiliated with or endorsed by Nvidia.