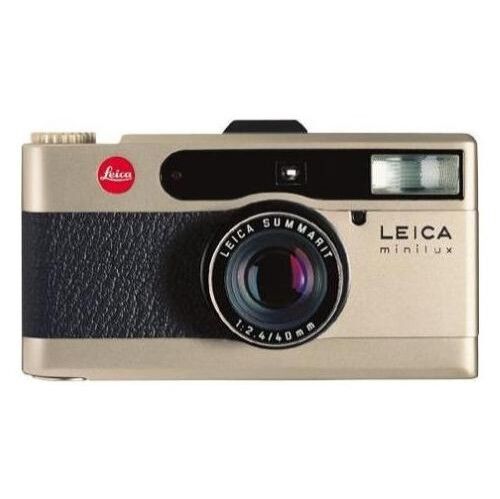 Point and shoot film cameras offer simple photography with relatively little battery drain and a very wide range of tones in the picture. This type of camera allows you to become familiar with one quickly. Leica produced a variety of point and shoot models. Most of these cameras came in the form of a little camera with a wrist strap, such as the Leica Minilux, CM, Z2X, and Mini and Vario Elmar.

What features are available on a film camera?

Many point and shoot models have electronics that rewind the film automatically and provide autofocus. On some models, however, the rewinding or focusing can be a manual function. Some also allow you to control some of the photographic functions manually. There may be a self-timer on the camera, so you can have a picture taken a few seconds after pressing the shutter button. Most point and shoot models have a built-in flash, and some have options for different flash settings.

Do these point and shoot cameras have attached Leica lenses?

What types of viewfinder do these models have?

A point and shoot camera has a viewfinder that is like a window. It can be used to capture action because it shows all movement instantaneously. It can also be used for composing a photo without using any battery power.

Does a film point and shoot have exposure controls?

The exposure of a picture is controlled by the size of the aperture, which is the opening to let in light, and by the shutter speed, which is the length of time the film is exposed to the light. Electronic point and shoot models can automatically choose the settings for the amount of light available. A Leica camera may also provide the option of using manual controls for exposure.

Content provided for informational purposes only. eBay is not affiliated with or endorsed by Leica.