Shop by US Shoe Size 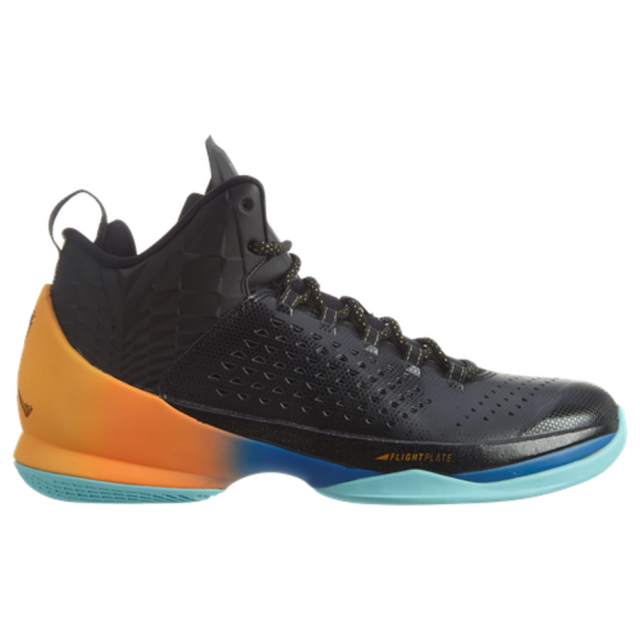 A little over a decade since the debut of the first Air Melo, the Jordan brand has revealed its eleventh signature model. The mostly black design also boasts a colorway to include bright citrus, laser orange, and metallic gold. Its build consists of a webbing fit system along with a perforated upper made of synthetic leather. A partial ankle bootie is utilized for better support, while Zoom Air is incorporated for better comfort. Flight Plate technology is applied just above the forefoot Nike Zoom component. Details display most of the non-black color scheme throughout the midsole, heel, and outsole of the shoe. A Metallic Gold Jumpman is revealed at the heel, while a tonal roman numeral eleven is displayed in orange. 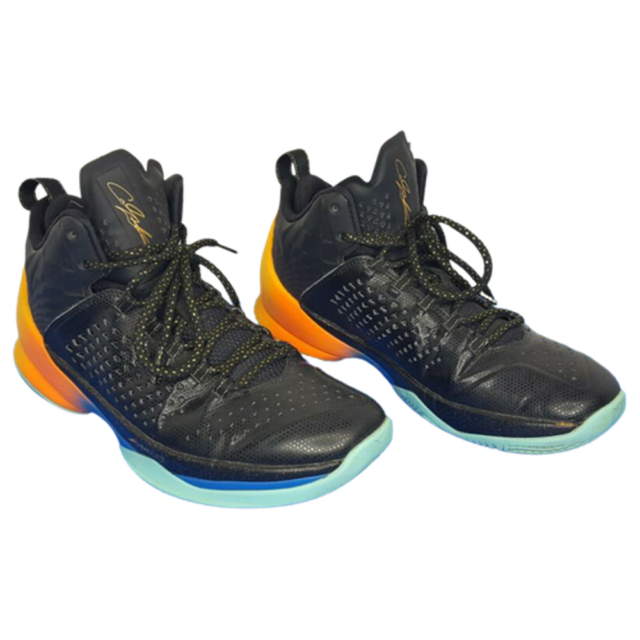