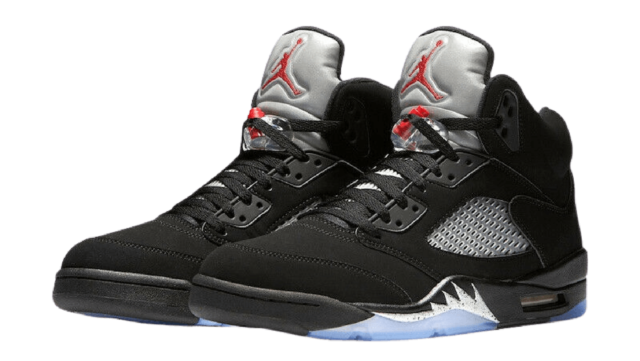 The Air Jordan 5's design was inspired by American World War II fighter planes, and is visible through the shark-tooth shaped design on the sneaker's midsole. Other creative elements of the Air Jordan 5 include a translucent icy outsole, adjustable lace lock, visible Nike Air unit, molded-ankle collar and reflective tongue. The first variations of the sneaker came in leather and nubuck. "Nike Air" branding was featured on the back of the shoe's original run, while later retros displayed a Jumpman logo. 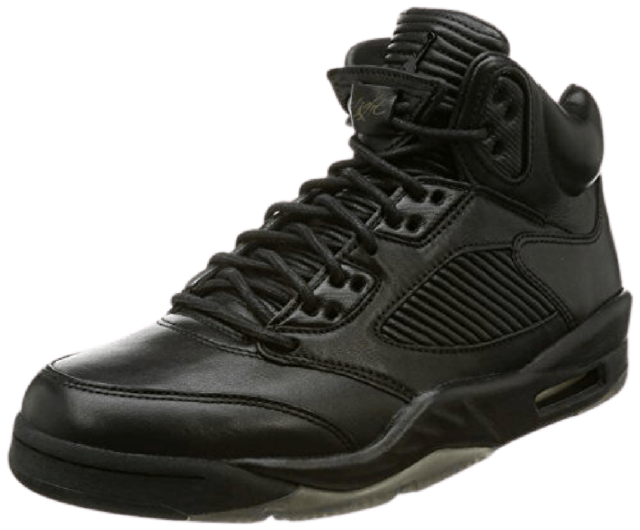