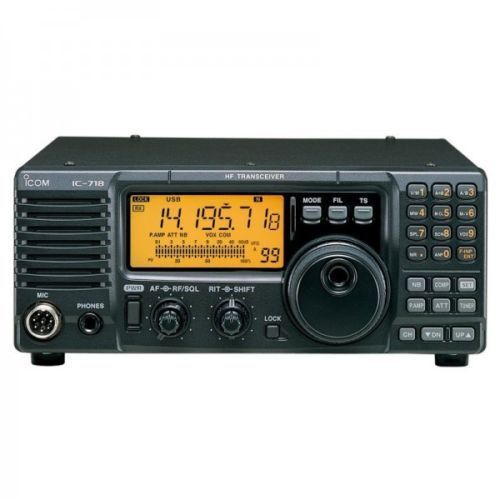 How Does Amateur Radio Work?

Radio has been part of American culture for over a century now, with the first licensing act dating back to 1912. In the years since, both the hobby and the technology have grown dramatically.

What is HF Radio?

All radio works in the electromagnetic spectrum and can handle frequencies ranging from as low as a few kilohertz to several tens of gigahertz. Because there are so many different frequencies, they usually group together into bands with each band consisting of frequencies with generally similar performance characteristics. One thing to remember as a general rule is that the lower the frequency the less data you can transmit but the greater your range becomes. Note that the frequency refers to the number of pulses per second and is inversely proportional to the wavelength of your signal. For most users there are three primary frequency bands to consider:

How to Choose a Transceiver?

The first thing any amateur should consider when looking for an HF transceiver is deciding on their preferred uses. While there are some ham radio features that every ham will use, there are others that are less common. Some popular features include SSB, which provides an increased effective range as well DSP units that use signal processing to clean things up. The shift to digital has also enabled useful displays on many transceivers. You also need an effective antenna and it makes sense to use an antenna tuner to make sure youre getting the most out of yours. Take a look at a couple of transceivers to see just some of whats available:

Content provided for informational purposes only. eBay is not affiliated with or endorsed by Icom.