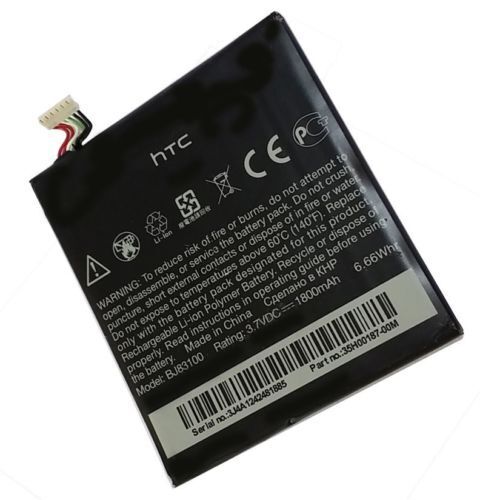 What to Know Before Buying HTC Batteries for One X

HTC One X is a touchscreen smartphone that runs on Android software and features impressive display and audio components. HTC offers an exclusive "Dot View" case that delivers messages in a series of dots appearing to shine through from the screen. The display, audio, and accessories, like the Dot View case, can take a toll on the phones charge, and so replacing the battery can make sense.

How do you install batteries for the HTC One?

If your HTC is not charging or holding its charge for very long, then it may be in need of battery replacement. Follow these steps to replace the battery:

How long will the phone stay charged?

Under normal circumstances, you can expect an HTC to stay charged for about one day. These general usage standards include around a half hour of gameplay, a few text messages and phone calls, web browsing, and social media use. This battery life is average among smartphones. It may be slightly extended by strategic usage of the phone and its power settings.

Certain smartphone functions drain battery life. There are many ways to help maintain the phones charge for a longer time. You can close any running apps, and avoid playing games for long periods of time. Checking the settings for power use will show you exactly which apps are using the most of your battery power. Keep the screen brightness low and consider turning off the automatic brightness feature. When possible, use 2G instead of 3G or 4G LTE, or turn the data off altogether. It can also be helpful to turn off Bluetooth and Wi-Fi when you dont need them because searching for signals can run down batteries. Using the power adapter to charge your phone instead of the USB cable may charge the device more quickly and help it to maintain its charge longer. Finally, turning the phone off during idle periods will prevent power from draining.

Content provided for informational purposes only. eBay is not affiliated with or endorsed by HTC.