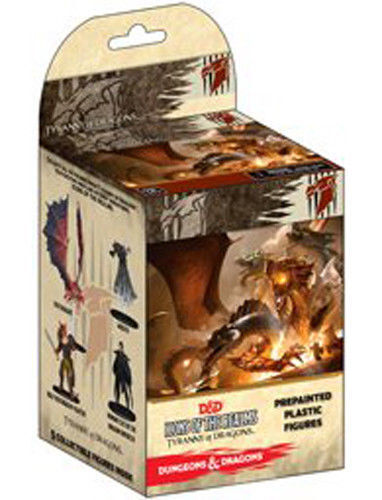 A mainstay for young fantasy game enthusiasts of the 1970s and '80s, Dungeons & Dragons is enjoying a resurgence. Speculating that this new wave of popularity may be spurred by the popular Netflix series "Stranger Things," an estimate of 40 million players worldwide from D & D publisher Wizards of the Coast.

Dungeons & Dragons is one of those unusual tabletop games in which a win or loss does not directly depend on the success or failure of your character. With this adventure game set in medieval times, fun and schematics are the primary objectives.

The core rules of Dungeons & Dragons set up your adventure, and you can divide them into three major categories. As expected, the first set of rules applies to create your character. Not only will you choose race and class, but you will also equip your character and customize it. Dice rolls determine the successes of your character, assigning your roles in combat or adventure. Finally, you need rules for spell casting and tool use.

How do you identify the role of miniatures?

Although not mandatory for all versions of Dungeons and Dragons, miniatures add visual validation and a fascinating dimension to the game. Since combat scenarios and other phases use grids, miniatures make representing monsters and other elements easy. For the Dungeons & Dragons Miniatures games, figurines often come with cards that designate statistics both for the miniatures and role-playing games.

Choosing viable miniatures for a session of Dungeons and Dragons can be as entertaining as playing the game. Some utilize minis from other sources such as Reaper or Warhammer. The main consideration for D & D miniatures is the base size, as the minis must fit within your grids.

You can also make your miniatures from scratch. Examples of homemade D & D miniatures are reworked Monopoly pieces, dice, coins, and cut-out online images. You can also hand paint figurines such as race cars and dinosaurs.

It can be difficult to define modules

No role-playing game would be complete, of course, without adventures. Since its first modules, Palace of the Vampire Queen and Temple of the Frog, D & D has come out with numerous adventures and scenarios. Gamers establish a sometimes unclear distinction between modules and adventures, with the former before and the latter after the third edition of all Dungeons & Dragons games.

Four to six players along with a Dungeon Master typically work through modules that can cover the span of over 250 pages. The difficulty level is paramount to ensuring a satisfying experience, providing a challenge for seasoned players, and a welcoming environment for newcomers. Each scenario holds a separate difficulty level for the Dungeon Master and the players.

Why should someone collect vintage Dungeons and Dragons games?

Rich storytelling has made Dungeons and Dragons the world's most popular role-playing game, and its original rules and adventures have inspired various revisions and offshoots since being published in 1974. New editions have grown the game, but prior versions haven't been made obsolete.

The freewheeling nature of play makes older adventures fresh even to those who have already encountered them. Players can return to old adventures with new friends, where they can take on the role of a wise sage to help guide the group.

Another reason for interest in vintage Dungeons and Dragons games is the nostalgic element of reliving older settings once experienced years ago. Also, eBay D&D materials are an inexpensive way for both new and experienced players to have fun and gain experience.

Which eBay Dungeons and Dragons materials should someone collect?

Vintage Dungeons and Dragons books and memorabilia can be found on eBay for great prices. You can begin anywhere, but starter sets are best for new players. If you've played before, you might want to start with the edition you know. Or just pick a new adventure that looks appealing.

The original game came out in a famous three-set series of books: The Player's Handbook, the Dungeon Master's Guide, and the Monster Manual. With each following edition, these books have been updated with the same titles, so check carefully to make sure you're getting the edition you want.

In the late 1970s, a more complex version was released called Advanced Dungeons and Dragons (AD&D). This was followed a decade later by a series of second-generation AD&D materials.

In 2000 a revamped set of rules and books were released, which spawned the 2003 3.5 edition that set a new standard with faster play.

Content provided for informational purposes only. eBay is not affiliated with or endorsed by Dungeons & Dragons, Wizards of the Coast, or Netflix.