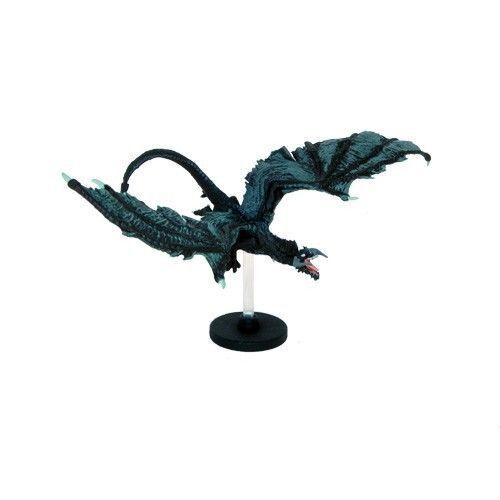 Dungeons and Dragons miniatures feature all sorts of characters. The standard version of the game started as a role-playing activity and bloomed into a game played with armies of figures. In Dungeons and Dragons Miniatures, armies fight against each other to earn points and whoever meets a certain score first wins.

What types of miniatures are there?

Miniatures were released in 20 loosely themed sets from 2003 until 2011. The first available set of figurines was released in September 2003. It came in both starter sets and included 16 random figurines, a twenty-sided die, a rulebook, and maps to play on. It also had booster packs with eight more random figurines. Each figure came with a card that had details about their abilities, statistics, and in-game abilities. There are also a number of preowned expansion sets you can find on eBay, including:

How do you use Dungeons and Dragons miniatures?

Miniatures are used to act out the story being told by players. Unlike the standard Dungeons and Dragons game, multiple figurines are owned and controlled by a single player. In the original version, one player was responsible for role-playing the part of one character. Maps and terrain charts make a type of board for figurines to move across accordingly.

Players use armies of characters to wage war on other armies. Attacks are plotted, and the 20-sided die is rolled to determine whether or not an attack is successful. Each figure is worth a certain number of points as is an established war band of points. The first player to accumulate a determined number of points wins the game.

What is Dungeons and Dragons?

Dungeons and Dragons is a storytelling game in which players make up tales concerning their particular characters. Battles, courtship, and death are all part of the games backstory and are possibilities for what happens next. The two founders, Gary Gygax and Dave Arneson, wanted to personalize the battles of their fantasy games about war and make it more personal using specific heroes. The founders also wrote novels to provide essential details relevant to the storyline, as well as related board games and video games.

What companies make these miniatures?

While Wizards of the Coast is the company that primarily makes Dungeons and Dragons Miniatures, Grenadier also produced some Dungeons and Dragons figurines as well. These are typically rare but also offer plenty of nostalgic and sentimental value. WizKids also manufactured a variety of Dungeons and Dragons miniatures as a way of extending the game players experience in this longstanding fantasy storytelling adventure.

Content provided for informational purposes only. eBay is not affiliated with or endorsed by Dungeons and Dragons.