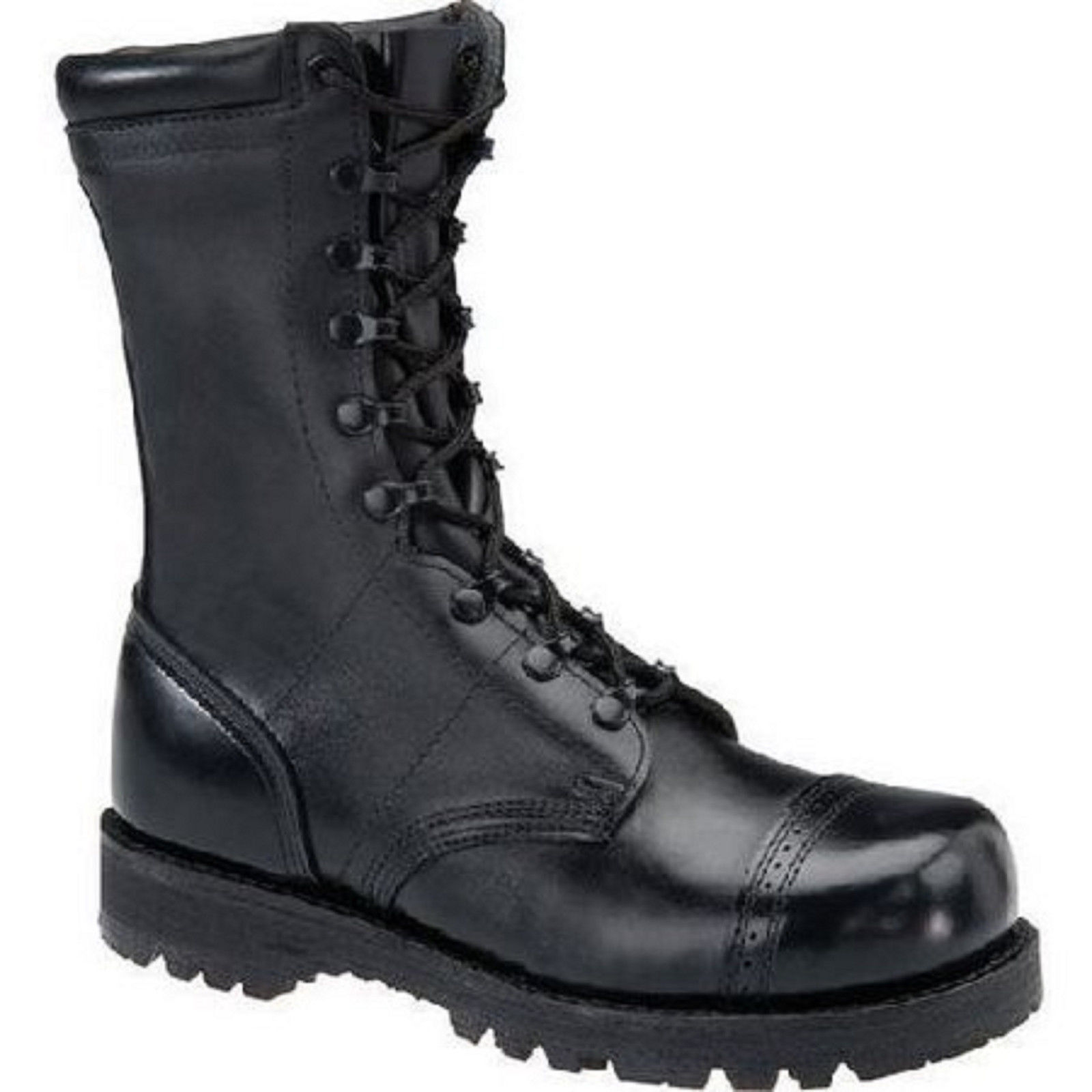 Boots inspired by the gear worn in combat can be a practical footwear option for modern men. The heavy boots are designed to provide stability and security during military duty, manual labor, and any other tasks that may involve navigating on rough terrain and handling heavy tools. Originally designed for paratroopers, Corcoran boots feature a deep tread, high upper that stretches above the ankle, and thick materials.

What are the different types of military inspired boots?

Mens boots inspired by military designs tend to have sturdy construction, a flat toe area, and a high ankle in common. They do have some distinct differences that let them be categorized into the following types:

How do you lace mens boots?

The high ankles and tight lacing style used for mens boots can take a few minutes to perfect. These steps will make it easier.

How do you care for leather boots?

Mens jump boots tend to be made from a thick leather that will require more care than a fabric shoe. Keep your shoes in optimal condition with these tips:

Content provided for informational purposes only. eBay is not affiliated with or endorsed by Corcoran.