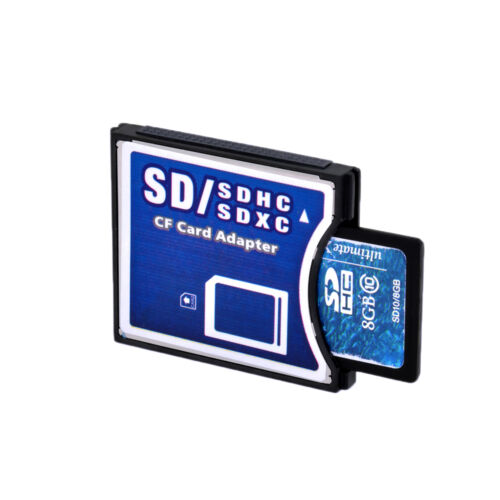 CompactFlash is a memory card format that can store data from portable devices. In instances where you run into compatibility issues with certain devices, memory card adapters can make the contents of your CompactFlash II card available, including cases where the device is not compatible with the format itself.

What is a CompactFlash memory card?

CompactFlash is a type of memory card that was first developed by SanDisk in 1994. It is compatible with digital cameras and other portable devices that have a Parallel ATA interface (CFast, a variant of the CompactFlash format, uses a Serial ATA interface instead). The format can store anywhere between 2 MB and 512 GB of data. There are six different generations of the CompactFlash format. Each revision added new features, higher capacities, and faster speeds. The last revision was introduced in 2010.

What is the difference between CompactFlash Type I and II?

There are two standard formats of CompactFlash. Their characteristics can be broken down as follows:

Although they can be plugged into similar slots, the two types may not be fully interchangeable with each other. Compatibility will depend on the device.

How does the adapter work?

Most of them tend to work in a similar way. You simply plug the CompactFlash into the compatible slot, and the adapter connects to another device through USB, Bluetooth, PC Card, or another slot. This will allow you to access the files on the CompactFlash from the connected device. Some adapters may be compatible with multiple types of memory card formats at once, so you can transfer files between different formats with a single device.

What determines the data transfer rate of an adapter?

Content provided for informational purposes only. eBay is not affiliated with or endorsed by CompactFlash.