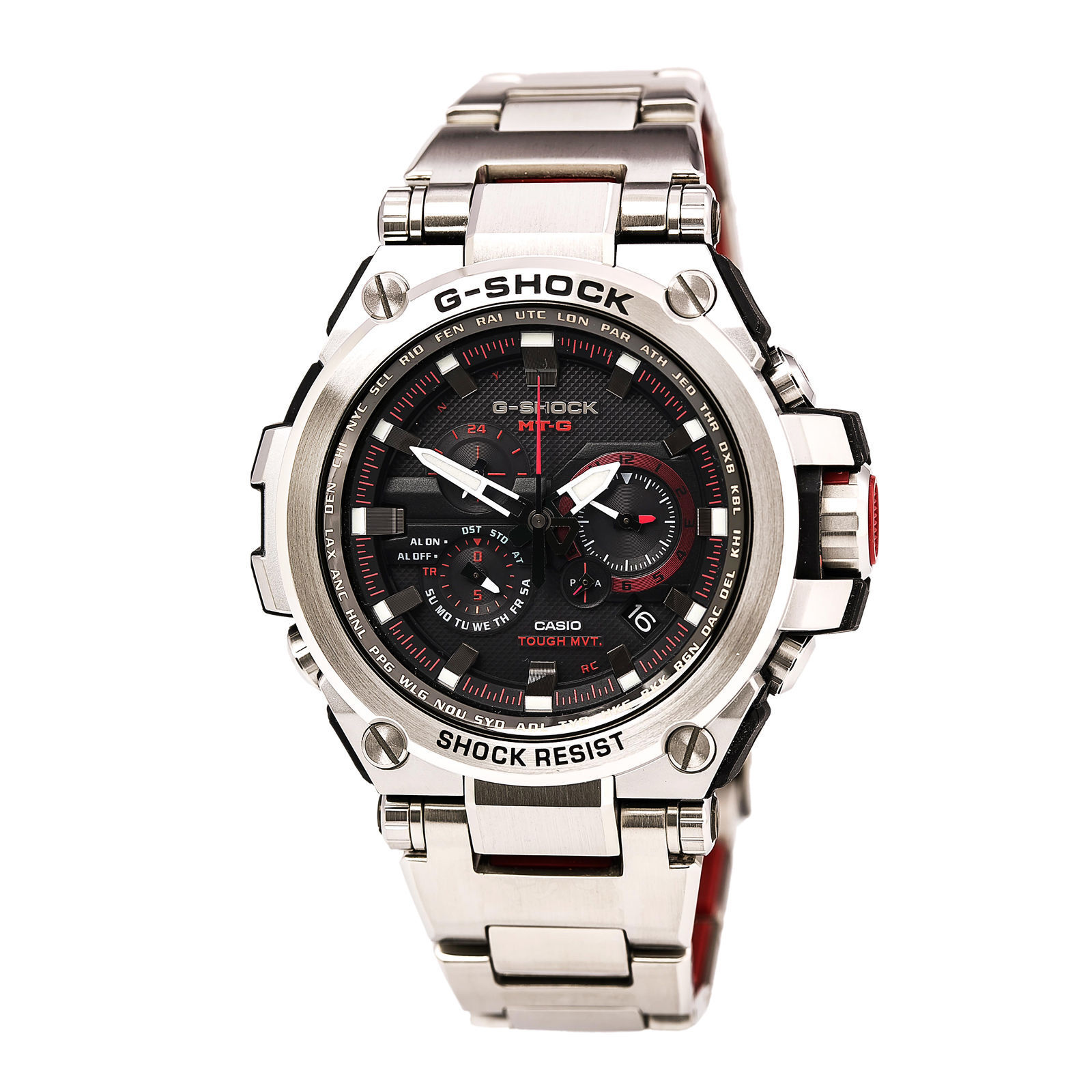 Having a durable watch that is functional with high-end and luxury features and that is still attractive can seem like an impossible task. Casio G-Shock MT-G watches were designed to provide a durable while still attractive and technologically advanced timepiece.

What are Casio G-Shock MT-G watches suited for?

Released in 1983, G-Shock watches are a product of the Japanese technology producer Casio. G-Shock, an abbreviation for Gravitational Shock, watches are designed to resist mechanical shock and vibration. The G-Shock was made to fill the demand of durable watches that could withstand being worn by people who have more active lifestyles, including people in the military, people who play sports, and individuals who work in a high-intensity or high-labor field.

What features do Casio G-Shock MT-G watches have?

The Casio G-Shock MT-G features a module 5544 Casio-made movement with Bluetooth connectivity and a traditional atomic clock radio signal receiver. Some G-Shock MT-G models may also include a GPS receiver. Having the Bluetooth option in the G-Shock watch makes setting up your watch a breeze with the G-Shock app and opens a new door of possibilities, such as seeing whether you had a missed call right on your watch. The 5544 movement is also solar and thus lets your watch be charged using light rather than a plug-in charging system. To top it all off, the watch is water-resistant up to 200 meters. On the dial of the watch, there are displays for the time, date, day of the week, AM/PM indicator, and a 12-hour display for a second time zone as well as LED lighting to help you see in case of darkness.

Casio G-Shock MT-G watches are available in eight different styles. Each style has its own colorway while staying true to the original G-Shock design. Each watch includes the G-Shock standard solar powering, Bluetooth connectivity, and water resistance as well as the module 5544 movement. The watches' colors vary from black and blue or black and red to silver and red or silver and black. There are also limited-edition versions of the MT-G such as the Rainbow edition that was released for G-Shock's 20th anniversary and sports a lunar rainbow color around the case.

Content provided for informational purposes only. eBay is not affiliated with or endorsed by Casio.