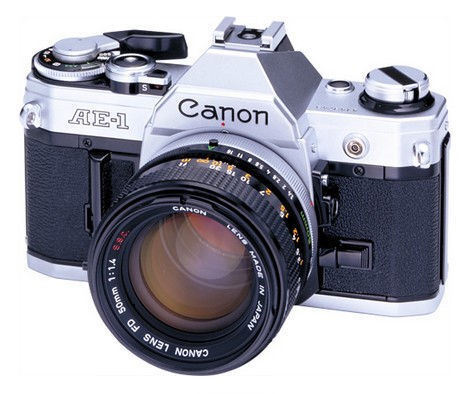 The ease and convenience of digital photography allowed it to become the standard medium in the photographic world, but there is a resurgence in the interest of film as photographers look for a more artistic medium. Vintage Canon cameras using film still hold a few advantages over their digital counterparts, as well as the challenge of thinking through shots before capturing them. The AE-1 was one of the companys most celebrated models and the first microprocessor-equipped SLR on the market.

Why Should You Buy a Film Camera?

Film photography is a great way of understanding basic photographic techniques including composure, lighting, shutter speeds, and aperture priority. While digital photography allows you to make alterations to all of these after capturing the image using digital editing software, in film photography, you need to consider each at the time of shooting to achieve the desired result.

What Should You Look for When Buying a Film Camera?

While some cameras that use film come with a shutter-speed priority auto-exposure mode, such as the AE-1, others are manual only, like the AT-1. In most cases, the SLR you select will not significantly affect the images it is capable of capturing, but some functions on particular models may be easier to manipulate than on others.

Content provided for informational purposes only. eBay is not affiliated with or endorsed by Canon.