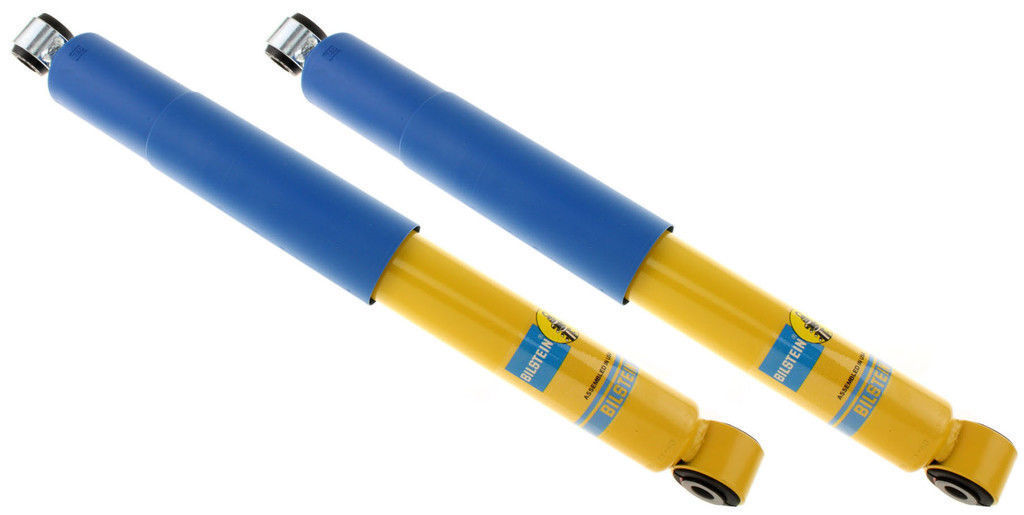 Bilstein manufactures shocks and structs for different makes and models of cars and trucks. Many Bilstein shocks use twin-tube designs to separate the shock into different sections, which is meant to provide damping effects on both the bounce and the rebound.

What is a shock absorber?

A shock absorber is a hydraulic device that acts to reduce the bouncing action that a vehicle experiences on rough road surfaces. When going over a bump, the suspension system moves upward with the wheel. This action pushes a piston inside the shock absorber, which is filled with oil. The piston has a lot of very small holes called orifices in the head, and as it pushes upward inside the shock absorber, it forces the oil through the orifices. This slows down the speed of the piston, which in turn slows down the speed of the vibrations as well. This is what prevents the springs in the suspension from continually bouncing once you hit a bump. The damping effect provided by the shocks slows down the system and brings it back to the starting position.

What is the difference between shocks and struts?

While these two terms are often used interchangeably, the two things are not at all the same. They perform a similar function in that they both act to reduce the bouncing motion of the springs, preventing a vehicle from continuously bouncing. However, a strut is also a critical piece in the workings of the vehicles suspension system whereas a shock is not connected to this system as directly. This difference means that the two parts are mutually incompatible; neither can be used to replace the other. Vehicles are designed to be used with either one or the other, and this cannot be altered afterward. Depending on the make and model of the vehicle, there may be struts in the front and shocks on the back. Even if this is the case, the front would only be able to use struts, and the back only able to use shocks.

What are the benefits of Bilstein shocks and struts?

Regardless of which one of these your vehicle uses, the end result is very similar. Both devices act to reduce the bouncing effect of rough road conditions, but each also has its own special abilities. Struts, for example, are bound very closely to the suspension, and are usually much tougher than shocks since they have to endure more direct impact.

Content provided for informational purposes only. eBay is not affiliated with or endorsed by Bilstein.