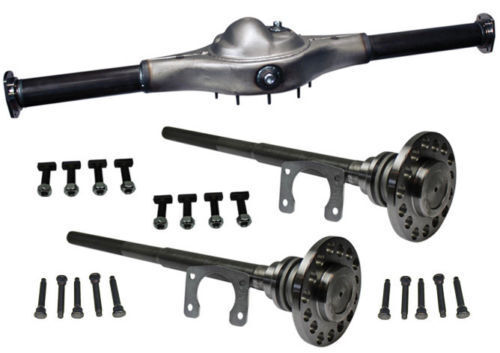 The Ford 9-inch rear end is the most popular axle in car racing and the automotive industry in general. While Ford completed its production in 1986 after being replaced by the Ford 8.8-inch axle, aftermarket companies continue to produce Ford 9-inch alternatives.

What type of rear end should you run?

How do you access differential gears of a Ford 9-inch?

The Ford 9-inchs rear cover is attached to the axles housing. As such, to access the internal part, you need to remove the center cover on the pinion and disconnect the driveshaft to access the interior gear set. It allows you to disassemble and reassemble the differentials while adjusting clearances compared to the restricted access of working on an axle housing under a car.

When do you change gears for your racing car?

If your car is fitted with a wheel shorter than the stock, you may need to compensate for this difference in height by fitting new ones. Another reason you may need to change gears is when you modify the vehicles engine for a high-RPM performance. The component is modified to match the new RPM. You may also consider changing the racing cars gear if it has low gearing. Changing the differential gearing helps reduce the motors RPM.

What are different rear end housing widths for the 9-inch?

The 9-inch rear has been designed in seven different housing widths, ranging from 57 to 69 inches wide. You can measure the housing width by getting the distance between the flanges located at the end of each tube.

How do you break in a new rear end?

If you are using a new ring and pinion set as well as bearings, its important to break in your rear end. Most car owners want to fix a new rear end in the car and drive off, but this is not advisable. There are different ways to break in the ring and pinion set. You can set up the car on a stand and let the gear run without putting heavy loads on it until the temperature rises. Shut off the car and allow it to cool down before repeating the heat cycle for at least four times.

Demand has caused aftermarket companies to produce lots of heavy-duty parts that are designed for racing. They include spools and mini-spools, complete housings, bearing, yokes, carriers, and shim kits. The yokes and spools are made of lightweight aluminum, traditional steel, and titanium for racers who want to quicken their lap times.

Whats involved in the maintenance of Ford 9-inch rear ends?

Instead of machining the housing, use a small die grinder to chamfer the ring gear carefully as it provides adequate clearance. Rears used in oval track racing usually have custom baffle that prevents the oil from building up in the right tube.