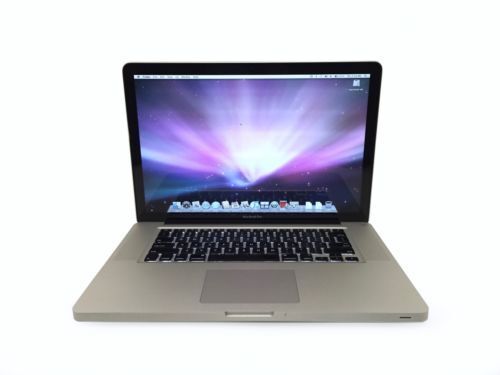 The Apple MacBook Pro is a line of full-size Apple laptops that succeeded the PowerBook G4 series. First released in January 2006, the MacBook Pro is designed as an upgrade to equivalent Apple laptops released around the same time. The MacBook Pro has an Intel Core 2 Duo processor, and this MacBook is known for its improved battery life, Retina display, convenient touch bar, and other features.

What is the Intel Core 2 Duo?

The Intel Core 2 Duo is a line of 2.33 GHz, 45-nanometer and 65-nanometer dual-core processors (the numbers refer to the size of the transistors on the chip, with a smaller number signifying more total transistors). The dual-core design allows these processors to run two tasks at once with minimal slowdown (as opposed to a quad-core design that can handle four tasks simultaneously). The processor has 64-bit architecture, which supports larger amounts of physical and virtual memory than 32-bit architecture.

Which MacBook Pro models use the Intel Core 2 Duo?

All MacBook Pros released from late 2006 to mid-2009 contain an Intel Core 2 Duo processor. That includes almost all first-generation models and several second-generation models of this Apple MacBook. These laptops share several features in common, including an optical disc drive, integrated Wi-Fi connectivity, a hard drive, two or three USB 2.0 ports, a 480p iSight camera, FireWire, an AC adapter, and a 15-inch or 17-inch LCD display.

In addition to these features, the second-generation models, released in 2008 with 13- and 15-inch screens, also have a Mini DisplayPort, an aluminum unibody design, and a glossy reflective glass finish or an anti-glare matte finish. An update in 2009 gave the 17-inch model the same unibody design. All Core 2 models run on OS X 10.11 at the latest.

The fourth generation of this laptop came on the market in 2016, replacing function keys with an interactive touch bar and a Touch ID sensor in the power button. The processor was updated to a dual-core Intel Core i5.The following year brought upgrades such as enhanced Iris Plus and AMD Radeon graphics, and added memory.