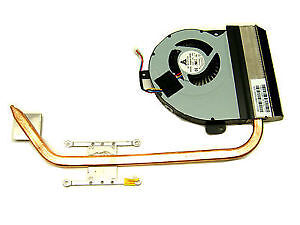 Keep Your Processor Cool with an ASUS CPU Fan and Heatsink

When a central processing unit or CPU becomes overheated, it can spell danger for your computer. If a CPU overheats, your computer might start experiencing slow performance, and in extreme cases, the CPU could stop working completely. Heatsinks and fans are available to help your CPU chill out and keep running smoothly.

How does an ASUS CPU cooler work?

While you are using your computer for processing-intensive tasks like gaming or using graphic design programs, your processor builds up a large amount of heat. A heatsink with a CPU fan on top helps dissipate heat away from the CPU so that the processor stays cooler and can continue working in its socket without becoming damaged.

How are ASUS CPU coolers set up?

How do you choose an ASUS CPU cooler?

Laptops and desktop computers both use processor coolers and fans, but each type has a different design. Generally, a laptop CPU fan and heatsink is encased in a small shell that is hooked up to a power source within the system. Desktop computers, on the other hand, have large and exposed heatsinks with fans secured above them. In most cases, you can swap desktop computer heatsinks between system models so long as the components dont extend outside of the case too much.

How do you install an ASUS heatsink on your computer?

If you have removed an older CPU cooler from your processor, you will need to fully remove any remaining thermal paste that is left over. A replacement system should also have the processor mounted in its socket before you attempt to install a CPU cooler. If your CPU cooler requires preassembly, please follow the manufacturer advice. To install a cooling fan:

Content provided for informational purposes only. eBay is not affiliated with or endorsed by ASUS.