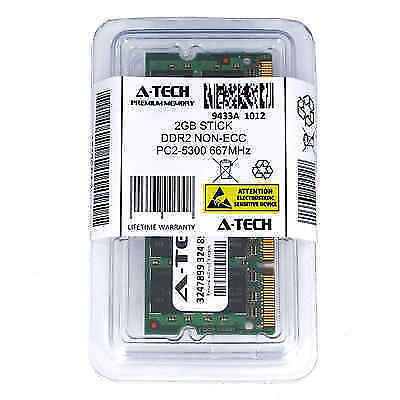 RAM, or random access memory, is the part of the computer that temporarily stores all the programs and data while the computer is running. PC2-5300 DDR2 is a very specific type of RAM module. If you are upgrading your computer memory, it is important to understand the difference between these computer concepts.

What is a DDR2 memory?

DDR stands for double data rate. It refers to the rate at which data is transferred between the memory and the rest of the computer. DDR RAM transfers data twice per clock cycle, as opposed to only once per cycle. Even if the clock speed remains essentially the same, DDR memory would still be twice as fast as non-DDR memory. DDR2 signifies that it is the second generation of DDR technology. The second generation of DDR memory doubled the amount of data that could be sent through the bus interface in the first generation.

PC2-5300 is the name given to a specific type of DDR2 memory module. It features a data transfer rate of 666.67 mega-transfers per second or simply 666.67 million transfers per second. This refers to the number of operations transferring data every second instead of the actual amount of data that can be transferred. The true data transfer rate depends on the channel width. With an 8-byte width, the actual peak transfer rate of this module is 5,333.33 megabytes of data per second. Every cycle takes a mere six nanoseconds, or a billionth of a second, to complete.

Latency refers to the delay time between the moment the memory module is instructed to access its data and the moment the data is actually available. Memory designers strive to reduce latency to help speed up the operations of the computer. The latency of the memory module can be as low as 12 nanoseconds, depending on other factors within the RAM.

What does ECC mean?

ECC, or error-correcting code memory, refers to any type of RAM that tries to detect and fix internal data corruption on its own. It can be combined with DDR2 memory for potential stability and performance improvements.

What is the difference between DIMM and SO-DIMM?